Everything you need to know about retail conversion loans from the ground up, helping you understand development finance. 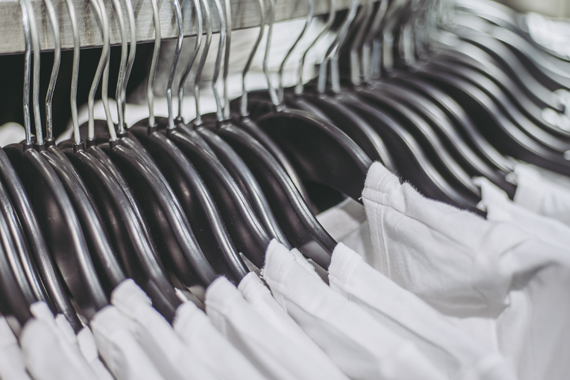 Property developers are always seeking to find new opportunities, and while the UK’s real estate market offers many avenues to explore, a consistently under-exploited one is retail conversion. When many developers consider which projects they’ll take on, most picture the renovation or wholesale construction of a building, and while construction and refurbishment projects constitute the bread and butter of many development projects, retail conversion projects are also a highly profitable and undervalued niche of the market.

Retail conversion can constitute an enormous number of different projects; it could be changing a shop into a restaurant, a residential home into a cafe or even a warehouse into an outlet store. The enormous variety of different applications in retail conversion projects makes it an intensely varied and ever-shifting marketplace, where developers need to work quickly in order to turn a profit. In this article we’ll discuss the challenges that face property developers when working with retail conversions, and how the finance options available help alleviate these challenges.

Before taking on a loan of any type, developers need to carefully consider the financial impact it will have on their project. As with property development, retail conversion loans are part and parcel of the whole process; however, the repayment obligations associated with these loans can impact the borrower’s bottom line. It’s vital to consult a financial advisor before committing to a loan package of any type, to ensure that it’s appropriate for the developer’s needs.

What are the needs of retail conversion development?

Retail conversion projects occupy a middle ground between refurbishment and construction; as with refurbishment projects it’s often necessary to completely overhaul a property that’s going to become a retail premises. However, the change of use associated with the building’s new purpose must be approved by the authorities, which means there’s usually a good deal more paperwork and “behind the scenes” negotiations involved in retail conversion.

As anyone who’s decided to put up an extension will know, planning permission can be a tricky thing indeed. Local authorities will use their own judgement to decide whether a development is viable or not, which can make it difficult to be sure of a project until the paperwork is finalised, and creating plans which satisfy the authorities can take time. Because work cannot begin until planning permission is received, it’s important that retail conversion developers pay close attention to the application process.

If a developer intends to alter a building’s usage, they need to receive permission to do so. This is to allow local authorities to shape the character of their local areas, preventing overzealous developers from throwing up hordes of identical businesses in the same area. This control helps keep the spirit of a neighbourhood intact and preserve the nature of the local area, ensuring that commercial premises aren’t created in inappropriate areas. The authority will also require the building to meet commercial codes, rather than residential ones, which can compel developers to make alterations to the property; fire safety considerations, for instance, are different for buildings which will house a business rather than a family.

In addition to sourcing planning permission, property developers are working against the clock to complete projects as quickly as possible. This is largely down to the issue of finance, because developers use loans to fund their projects - loans cost more the longer they’re held for, so a project that drags on for months and months will inherently cost a lot more. Completing quickly is vital, so developers need to act fast and get started as soon as they receive planning permission. It’s important, then, to have a source of finance already in place before work begins, which can be implemented immediately, and retail conversion finance can be quickly used to get the ball rolling.

As we’ve seen, the needs of retail conversion development hinge on acting quickly and having sufficient finances in place, in order to support development whilst planning permission is being sought. Before work even begins there are plenty of expenses to take care of, so it’s important that retail conversion projects have access to flexible finances that meet their needs. Lenders in the retail conversion sector cater to these needs by presenting highly adaptable lending solutions which can be altered to meet the needs of their clients.

Retail conversion can be intensely varied; one project might involve turning a small cafe into a shop, while another may constitute major repurposing of a large commercial area. As with other areas of development finance, retail conversion finance must be adaptable to almost any need, and lenders accommodate this by tailoring their lending to each client’s specific projects. Depending on the exact nature of the work that’s being carried out, a retail conversion loan may not be secured against property; some lenders will supply capital in small enough amounts that it isn’t necessary to secure it against an asset. In these cases, the lender can simply supply the money up front, because the loan will be granted against the borrower’s own company.

For larger projects, developers will need to seek a secured loan. Usually these loans will be secured against the property being converted, and may be arranged in several different ways. Depending on the current value of the property versus its proposed gross development value (or GDV - how much the property will eventually be worth), a lender might be able to provide capital up front. If the conversion is going to add significant value to the property, however, it may be necessary to break the loan up into several “tranches”, so that capital is supplied incrementally as the value of the property increases.

The needs of retail conversion development are as varied and diverse as those of other property development projects, and require a specialist lender to properly finance. The lenders operating in this sector are able to provide high-quality finance that suits their clients’ needs, and can vary their lending criteria to meet different circumstances.

What is a commercial bridging loan?

How can businesses use a commercial bridging loan?

There are many ways in which businesses can use a commercial bridging loan. Common uses are to cover short-term cashflow issues or to finance tax liabilities. More positively they can be used as working capital and by new businesses as a cashflow injection to acquire additional stock or even to acquire new equipment or premises for the business. Beyond these examples there are a huge variety of ways in which commercial bridging loans can be used.

Can commercial bridging loans be secured against semi-commercial property?

To qualify for a commercial bridging loan the overall use of the property being used as collateral will need to be at least 40% commercial. For example, if the property is a rental unit with a flat above the commercial part of the property would have to represent more than 40% of the total property. Furthermore, most lenders would also insist on a separate entrance to the flat.