Barn conversions can result in amazing properties, but require a lot of work. Specialist lenders provide vital financial backing to keep these projects on track 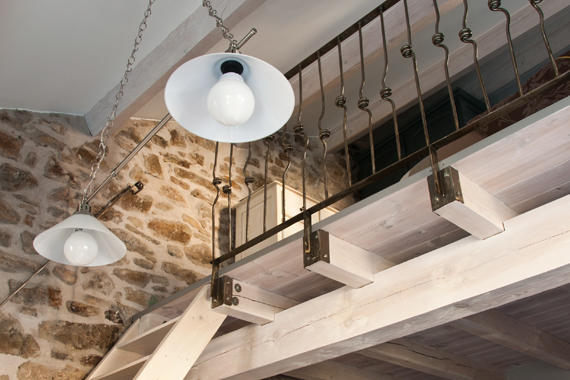 Converting a barn into a home is a tempting proposition; often, wood-beamed barns have a great deal of character (not to mention space), and are highly sought-after in the real estate market. Glitzy barn conversion properties often sell well, and occupy pride of place in many a real estate agent’s sales window. However, while it’s often rewarding to convert a barn into a home, it’s a lot harder than it might sound; barns are not designed with human comfort in mind, and lack all of the features that make our homes so easy to live in.

From the exterior a barn might look fairly similar to a home, with four walls and a roof, but the similarity is only skin-deep. Barns rarely have running water, insulation, thorough windproofing, proper electrical systems and windows, all of which and more will need to be added to make a desirable home - barn conversion projects are extensive, and require a significant investment of time and money. Converting a barn into an attractive home is a highly desirable opportunity for developers and private individuals alike, but it requires strong financial backing in order to complete the project.

Barn conversion finance is a specialised form of development finance that’s aimed at fulfilling the needs of this specific type of project, and the lenders operating in this area have a deep understanding of the needs of barn conversion projects. However, while it might be necessary to rely on loans to complete a barn conversion project, it’s important to consider exactly how this will affect the project’s finances; lenders will expect their clients to have a bulletproof “exit strategy” for repaying the loan, which usually consists of the sale or mortgaging of the property. If the developer struggles to achieve either of these outcomes they will be unable to repay the loan, and may end up losing the property. Consulting a financial specialist before proceeding with barn conversion finance is vital, to ensure that the loan package is suitable for the project’s needs.

How does barn conversion finance work?

Barn conversion loans are used to cover the entire course of a conversion project from start to finish. While the barn itself might be in place, there is still an awful lot of work to be carried out, and the multitude of different expenses that must be taken care of require a strong, stable financial solution. Barn conversion finance must be able to pay for the costs of purchasing the land (and the barn), securing planning permission to turn the property into a dwelling, paying for an architect to design the barn, securing the necessary materials to carry out the work, arranging for plumbing, septic tanks, electrical wiring, windows, insulation and heating to be installed, and for workmen to actually carry out the work. There’s an awful lot to take care of, and barn conversions are often just as much work as putting up a home yourself.

A barn conversion loan can be structured in several different ways, but the most common is to secure the loan against the barn itself. Of course the barn will be worth significantly more once the conversion is completed, and the borrower will want to use the gross development value (or GDV, the projected final value) to secure the loan - the higher the value of the asset they’re borrowing against, the more money they can borrow. For example, an uninhabitable barn that’s worth £50,000 might be worth ten times that once it’s been converted, but the conversion could cost £300,000. No lender is going to lend £300,000 against a barn that’s only worth £50,000, no matter how much it might be worth in the future. Instead, lenders supply money in increments known as tranches as each phase of development is complete. This ensures that the lender is only supplying capital as the value of the property increases, so they’re never over-exposed. Whether the lender supplies the money to finance each stage of the build before it’s carried out or afterwards depends on the lender; it may be necessary for the developers to pay for work themselves then receive reimbursement from the lender.

Typically, a lender will expect the converter to pay for the initial stages of work to be carried out before committing any funds to the project. This makes sense for two reasons; firstly, it ensures that the developer is fully committed to the project and will suffer financial consequences if they decide to pull out later. Secondly, because the borrower doesn’t have to borrow money to fund the first phases of the conversion, it minimises their interest bill - the longer they keep a loan outstanding for, the more it’ll cost, so it’s wise to avoid borrowing money until later in the project.

Barn conversion financiers are highly flexible, thanks to their expertise in the area, and can usually tailor their lending products to meet the needs of the customers. For instance, it’s common for barn conversion developers to minimise their costs as much as possible while work is ongoing by “rolling up” the costs of the loan until the final repayment date. They’ll still pay interest as usual, but this won’t be payable until the loan actually completes; while this can be more expensive in the long run, it frees the developer from the responsibility of paying off their loan whilst also financing a long-term conversion project.

A well-converted barn can look absolutely stunning, and a quick flick through some of the finest barn conversions can make all the effort look well worth the while. As we’ve seen, there are as many jobs to take care of in barn conversion as there are in a new-build construction project, so it’s far from a straightforward job. However, with the highly flexible and well-suited loan products on offer from barn conversion lenders it’s possible for developers to find an ideal financial solution that keeps work on track and on schedule.

What is a development finance used for?

Development finance can be offered against both residential and commercial property. Development loans are designed to help developers fund refurbishments, renovations, or conversions of existing property or to build brand new properties on a ground-up basis.

What are the key areas of development finance?

How do you determine exactly what type of development finance you need?

By assessing how extensive the project is, how long it is likely to take and how much it is likely to cost in a worst and indeed a best-case scenario. Refurbishment bridging loans will cover a majority of light and heavy refurbishment projects but for more extensive development projects including ground-up builds of one or indeed multiple units, development finance can potentially cover both the land purchase and build costs