Commercial development finance forms the backbone of commercial property development, and enables developers of all sizes to lay the foundations for success 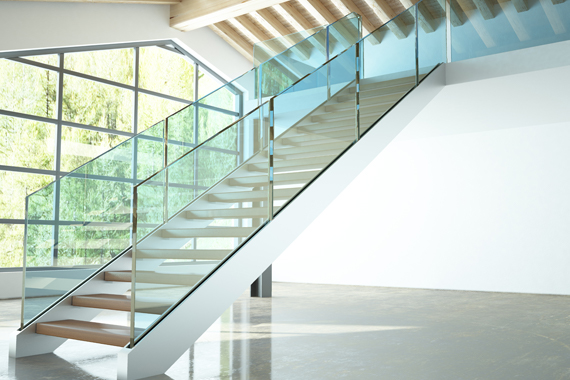 Commercial development loans come in all shapes and sizes, and though they may share some common DNA there is an enormous amount of difference across the development industry. Consequently, lenders in this area will offer a wide array of products, all of which can be tailored to suit a particular project, and while this is highly beneficial for developers with specific needs it can also be tough to determine exactly which type of finance is suitable for each project. This guide will cover the usage of commercial development loans, how they’re provided and how commercial development lenders work to accommodate their clients’ needs, but before proceeding with any form of finance it’s vital to consult an experienced financial advisor. These experts will be able to ascertain which deals are best-suited to a project’s needs, and will enable developers to avoid the pitfalls of an inappropriate finance solution.

As with most other forms of property development finance, commercial development lending is asset-backed. Because lenders acquire a “charge” over the property, they can safely provide large amounts of funding; should the borrower fail to repay, they can simply repossess the property and sell it in order to get their money back. However with commercial developments this may not always be quite as straightforward: for instance, a developer may need to borrow £10 million to create a new shopping centre, which will be worth £15 million when it’s finished. Lending £10 million against a £15 million asset is fairly straightforward, but the problem is that the property won’t be worth anything like that amount until it’s completely finished. In fact, in the beginning stages it will only be a plot of undeveloped land, and won’t be worth much at all; clearly a lender cannot just hand over the whole development loan at the start of the project.

Instead the initial capital necessary for beginning the project is handed over, and the rest of the money is held until it’s needed; the capital is provided in “tranches” that finance each stage of the project as it progresses. In this way the lender can control the level of finance they’re providing, and can always ensure that the project isn’t over-securitised. Many lenders will also require that the developer uses their own capital to finance the first portions of the project, rather than using borrowed money. This ensures that they’re committed to moving the project forward on schedule, since they’ll have their own money tied up in the development, and it also benefits the developer, since they won’t be borrowing money for the first portion of the build, and they’ll keep their interest costs down.

Completion of a project and exit strategy

Development finance will be used at each stage of the project to finance ongoing work, and will eventually bring the project to completion. At this stage, the developer will need to arrange for the repayment of the full development loan, along with any unpaid interest. Their method for doing so is their “exit strategy”, the mechanism by which they’ll generate the necessary capital for repaying the loan. There are two exit strategies commonly in use within the industry; sourcing a mortgage, or selling the property. In the case of a commercial development, the specific exit strategy that’s used will depend on the nature of the developer - if they’ve built a shopping centre with the intention of running it themselves, they’ll likely put a mortgage in place to retain control. Otherwise, if they’ve developed the property with a view to selling it on, they’ll likely have a buyer in place to complete the purchase.

There are many variations on the ways in which commercial development finance can be used, and lenders operating in this sector are incredibly versatile. It’s often possible for borrowers to find a lender for any purpose, and developers have access to a wide range of options when deciding how to structure their borrowing. For instance, developers will often “roll up” the interest costs (and sometimes the arrangement fees, too) of their loan package, which allows them to defer all payments until the completion of the loan. This means that there’s no need to keep up regular payment on the loan, and the developer can instead focus on completing the project quickly.

What is a commercial bridging loan?

How can businesses use a commercial bridging loan?

There are many ways in which businesses can use a commercial bridging loan. Common uses are to cover short-term cashflow issues or to finance tax liabilities. More positively they can be used as working capital and by new businesses as a cashflow injection to acquire additional stock or even to acquire new equipment or premises for the business. Beyond these examples there are a huge variety of ways in which commercial bridging loans can be used.

Yes. They can be a great tool for landlords who want to do renovations on their properties to improve rental yields. The value of the properties will also reflect these property improvements and make it easier for the landlord to refinance them onto competitive Buy-to-Let (BTL) mortgages and clear any bridging. Like residential bridging, commercial loans can also be useful when a property chain is broken.