What is working capital finance? Let’s find out so you can better understand business finance. 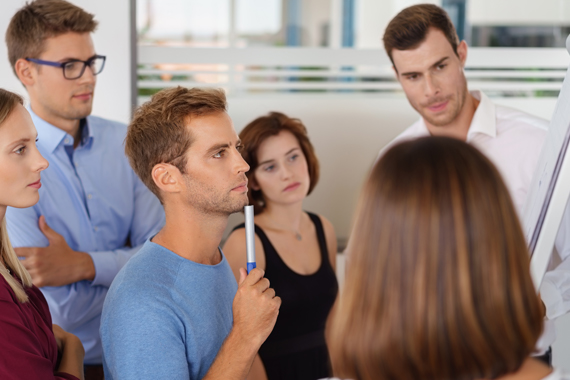 Businesses need the flexibility of a stable financial situation in order to adapt to a changing marketplace. The amount of working capital that they keep on hand is a major defining factor in a business’s ability to react quickly when opportunities present themselves, but it can be a major drain on a business’s finances to keep working capital ready for use. Because of this, having access to a fast and fluid working capital finance solution is critical for businesses that want to grow, and bridging finance provides an excellent method of acquiring this vital working capital.

Bridging loans are a fast way to acquire funds, and can be used in a wide variety of circumstances. The flexible terms and conditions of bridging loans and the bespoke loan options on offer from bridging lenders enables borrowers to put together loan packages that suit their needs precisely. However, it’s important to bear in mind that bridging finance is designed as a short-term solution, not a long-term one, and this form of finance should only be used for a limited period of time; borrowers must have a clear exit strategy in place before committing to the loan, to ensure that they’re able to repay when the time comes. Anyone considering bridging finance as a way of injecting working capital into their business must consult a financial advisor before making any decisions, so that they can be certain bridging finance is the correct choice for them.

The needs of modern commerce can often require a business to meet sudden expenses, or present opportunities at short notice. Knowing that these costs can come along at any time, it can be tempting for business owners to want to keep money in the bank “just in case”, so that it can be used as a buffer when big bills come along. However, money isn’t well-used just sitting in a bank account, and it’s usually much more profitable to re-invest capital as soon as it’s generated by training staff, expanding premises and purchasing more stock. Because bridging loans can be put in place quickly to meet almost any expense, businesses are no longer required to keep large reserves of capital on hand; they can re-invest their money freely as soon as it’s made.

Bridging finance can be arranged in a multitude of different ways, but the central concept of a bridging loan is as a short-term secured loan. As a type of secured lending, bridging loans can be of any size; there are lenders who specialise in providing funds in the millions of pounds, but it’s just as easy to find lenders who deal in smaller amounts. The amount that can be borrowed is determined to a large extent by the assets which are offered as security - if a £100,000 property is used as security, the lender will be reluctant to provide more than £100,000 as a loan.

For commercial borrowers seeking working capital it’s rarely necessary to borrow millions of pounds; generally, working capital doesn’t need to exceed a few hundred thousand (in order to finance new equipment, or to meet a VAT bill). This amount is more easily secured against existing assets, because in many cases a business’s entire holdings will already be under one type of finance or another. For instance, a company’s premises might be under a mortgage, while their fleet of vehicles are being paid for by a lease plan. In either case the company owns neither asset outright, and so cannot use them as a “first charge” security.

For many mainstream lenders the inability of a business to provide a first charge security exempts them as a borrower; few banks will consider alternative forms of security. However the less rigid lending criteria of many bridging lenders allows them to accept a wider variety of assets as security, including second (and sometimes even third or fourth) charges. A second charge means the lender is “second in line” to collect money through the sale of an asset, so if the borrower doesn’t repay their loan and has to sell their premises, the mortgage provider gets to reclaim its money first. Because second charges are obviously a less secure guarantee, they are typically only used for smaller amounts, but for businesses which need to generate a little working capital these can be ideal.

Bridging finance can be used for almost any purpose, and because of its inherent flexibility it’s used to cover many different costs. A typical use would be to cover a business’s overheads while awaiting payment for a large order; many businesses don’t pay invoices immediately, causing a blockage in the supplier’s cash flow. Working capital loans help to meet the costs of paying salaries, mortgages and other bills until this order is paid for.

Another common use of a working capital bridging loan is constructive. A business may bid for a big contract without the ability to fulfil it immediately; they may need to purchase specialist equipment, more stock and extra staff in order to fill the order. Without capital on hand to make these purchases they cannot proceed, but a quick bridging loan can be used to provide the necessary funds, enabling the borrower to meet their agreed deadlines on time and on budget.

Bridging finance is an ideal solution for the needs of expanding businesses. Key to the success of bridging lenders is their ability to work quickly to a client’s schedule; if a loan has to be completed in just a few days, bridging lenders can get the job done. This speed, combined with the flexible approach and holistic attitude of many bridging loan providers, makes bridging finance an exceptionally powerful tool for generating vital working capital as and when it’s needed. While bridging loans are not always the answer, it’s important that every business owner keeps them at the back of their mind; they just might save the day.

What can a business bridging loan be used for?

A business bridging loan can be used for a huge variety of different purposes. Most commonly they are used for major purchases such as property, for new equipment and machinery as well as to acquire stock. They can also be used as working capital and by new businesses that require a cash flow injection.

Can a business bridging loan be used to resolve short-term cashflow issues or to meet other liabilities such as tax?

Yes. They can be a great way for small, medium or even large businesses to secure a cash injection. Securing business finance from a traditional lender can be challenging as High Street lenders usually want to review a business’s past performance by way of profit and loss accounts for the preceding years. Whilst traditional lenders will put businesses through rigorous stress tests bridging lenders will focus instead on each business’s ability to repay the loan not past performance. For bridging lenders, the asset being used as security and the exit strategy are key.

What can be used as security against business bridging loans?

A vast majority of businesses will use property or land as security when taking out a bridging loan. There are however a small number of specialist lenders that are prepared to secure bridging loans against equipment, the value of unpaid invoices and projected future sales or even against equity in the business.

What types of companies can use business bridging loans?

Business bridging loans can be an ideal solution for small, medium or large companies including sole traders, LLP partnerships and limited companies. Some specialist lenders will also lend to offshore limited companies, SPV’s and Trusts.