How turnaround finance can help you save money; read below which will help you when applying for business finance. 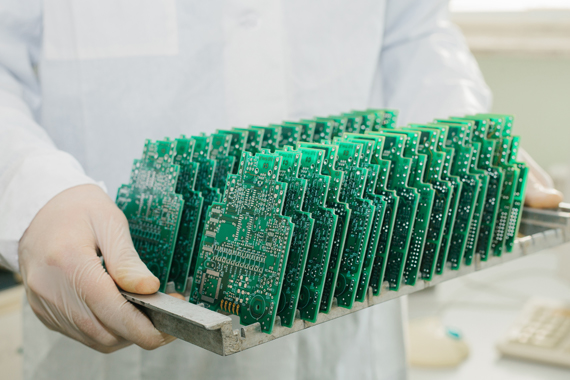 In commerce, success is about determination and resilience as much as it is about high performance. Ups and downs are a fact of life, and in any business there are likely to be tough times - especially in highly lucrative sectors that require heavy investment. While it can be disheartening for your business to fall into a position where it can no longer continue trading, this doesn’t have to be the end of the road; turnaround finance enables businesses to get back up on their feet and work their way back to profitability.

Of course there’s no sense in throwing good money after bad, and pumping more money into a failing business is not always the right answer. In some situations it might be best simply to allow the business to dissolve rather than attempting to resuscitate it with a turnaround loan. It’s important for business owners to be able to tell the difference, so before committing to any sort of loan it’s vital to seek the advice of a professional financial advisor.

When is turnaround finance used?

In recent years there have been some very high-profile bailouts of large corporations. General Motors in the US, for instance, received billions of pounds of taxpayer money to enable it to keep on trading. However, it’s important to recognise that while this injection of capital was used to help the company return to profitability it was not a gift; GM had to demonstrate that it had a workable plan for recovery and positive steps that could be taken. Money alone is usually not enough to guarantee a return to form, and it’s often a requirement of turnaround finance that the borrower demonstrates a commitment to reforming their business practises.

Turnaround finance therefore differs from simple capital finance in that it requires the business to show that their situation will change; obviously no lender will want to finance a failing business, so they will need to be convinced of the borrower’s ability to recover. Turnaround finance is generally applicable in situations where a temporary obstruction of cash flow has rendered a business unable to trade; if a major client has suddenly ceased ordering, for instance, or if changes to the market have had a negative impact on the business’s profitability. As long as the borrower can demonstrate that they will be able to resume business as normal with the help of some funding, turnaround finance is an appropriate solution.

Who can use turnaround finance?

Turnaround finance is used to help save a viable company from dissolution, not to help failing businesses limp on for a little longer. No lender wants to give their money to a business that’s likely to fold (and take their loan with it), so turnaround finance is only available to businesses who can reasonably claim to have a chance of actually turning around.

An example of a viable business might be an electronics wholesaler which purchases goods in bulk from a single manufacturer. When this manufacturer goes out of business, they are left with no stock to sell and need to source an alternative supplier; in the interim, though, they are unable to bring in any money, as they have nothing to sell. Turnaround finance can be used to help cover the costs while searching for and acquiring new stock, since there’s nothing fundamentally wrong with the business - it’s still a viable, profitable entity, aside from the short-term lack of cash flow.

How can turnaround finance be used?

Turnaround finance is a highly flexible form of lending that can be used to resolve many issues. The most straightforward of these are situations where a direct monetary investment is sufficient to restore a business to normal trading. For example, any creditor can issue a “winding up petition” if they’re owed more than £750, which forces the business to cease trading regardless of other circumstances. This can force a business that is otherwise perfectly healthy to fold simply through a lack of funds, so turnaround finance can be a quick fix. Similarly, a business which relies on its equipment to meet and fulfil orders might struggle to bring in any capital if this equipment becomes damaged; sourcing and purchasing a replacement might well be enough to turn the business’ fortunes around.

It’s not always so simple, though, and turnaround finance can often be used in complex situations. For example, a once-profitable business might see their market share falling precipitously thanks to a disruptive competitor; in order to rebuild their sales figures it will take more than just spending money. To survive, the business might need to completely restructure internally, and offer a whole new proposition to consumers in order to compete in a changing market. An in-depth evaluation of the company’s status and future plans is necessary in order to paint a convincing picture of a business that can be saved with turnaround finance.

A good example is a local advertising firm that’s seen a competitor take over a large portion of their sales and needs to reconfigure their value proposition in order to stay competitive. By submitting an action plan which intends to trim out under-performing areas of the business and focus on the development of new business, the advertiser can demonstrate that they are a viable business in need of turnaround finance, rather than a failing company.

The nature of turnaround finance can vary from lender to lender. Generally, the terms of finance are highly flexible and allow capital to be used for a wide variety of different applications, but this may be subject to terms and conditions of the loan. For instance, money which is earmarked for the replacement of machinery might not be used to pay for ongoing overheads - this should be made clear in the initial consultation with the turnaround lender. Likewise, the type of finance that’s used can also be altered depending on the specifics of each agreement; a secured loan typically enables borrowers to source more money, but gives the lender the ability to recover their costs through the sale of the borrower’s assets.

What is a business bridging loan?

A business bridging loan is a type of commercial loan that allows you to borrow money quickly over a shorter period than a typical bank loan but usually at a somewhat higher rate.

What can a business bridging loan be used for?

A business bridging loan can be used for a huge variety of different purposes. Most commonly they are used for major purchases such as property, for new equipment and machinery as well as to acquire stock. They can also be used as working capital and by new businesses that require a cash flow injection.

What can be used as security against business bridging loans?

A vast majority of businesses will use property or land as security when taking out a bridging loan. There are however a small number of specialist lenders that are prepared to secure bridging loans against equipment, the value of unpaid invoices and projected future sales or even against equity in the business.

What types of companies can use business bridging loans?

Business bridging loans can be an ideal solution for small, medium or large companies including sole traders, LLP partnerships and limited companies. Some specialist lenders will also lend to offshore limited companies, SPV’s and Trusts.